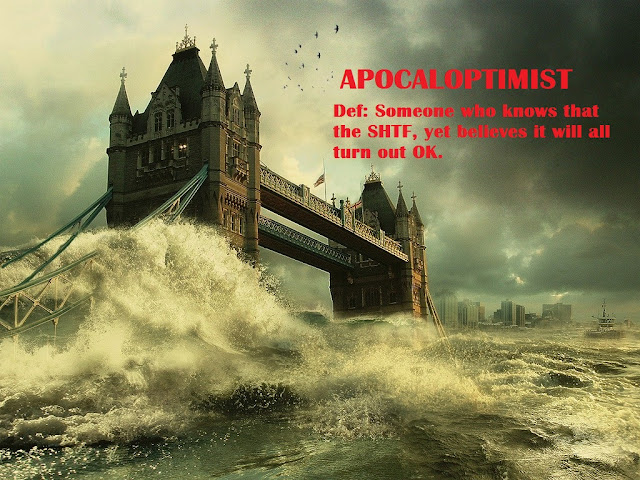 Have you ever checked out the Disasters happening right now around the world?  There are so many taking place - Tornados, Storms, Floods, Sinkholes,  Earthquakes and unprecedented numbers of Volcanoes waking up, spewing ash and toxic fumes into the air.

There are Conflicts, Terrorist attacks and rumours of War; We have instability almost everywhere on the planet.  People are dying of Poverty, Starvation, Disease, Heatwaves and ignorance; not forgetting government problems, civil unrest and Electrical Grid issues ie Load Shedding, which reportedly is going to get worse.

Whales and fish are dying in their masses; Some species of animals are now extinct whilst other species of animals are right on the brink of disappearance and that could include us if we continue the way we are heading. Lets not talk Climate Change here, too many influential people have conflicting information on that subject to talk about now.

With so much happening you have to at some point ask yourself "How safe and prepared are you if the SHTF" You don't have to be into a conspiracy to see for yourself we are in Times of Deep Sorrow.

Obama says Prep for Disaster!  The Vatican have an Observatory on top of a mountain watching deep space...The telescope is called Lucifer and the Pope is saying prepare for the Apocalypse!  Top Rabbis state the Messiah is returning; Inuit Elders told Nasa that the Earth has tilted and moved to the North and whilst Nasa shows us pictures of Mars, Jupiter and the wobbles of Pluto, the people of planet earth post pictures on the internet of a second sun  named Planet X, Nibiru, The Blue Katchina and Wormwood in our skies and recording of unexplainable sounds in the sky likened to the sound of Trumpets in Revelations - Yes Bible Prophecy is possibly unfolding in front of our eyes.

And if it all happens, people will say "but No one warned us" - Those in power will say Yes we did, its not our fault if you were not paying attention, because you were all so wrapped up in SELF!

A study was conducted about 4 years ago, it stated the majority of people only have enough food in their kitchen cupboards to feed their families for 3 days; that's 72 hour, or 9 meals away from possible chaos and anarchy.... So buy a few extra tins and dried food each week when you go shopping.  Buy in extra loo rolls, candles and save water.

The Stroud Floods back in 2007 hit this particular area hard; flooding contaminated local water supply and within a short space of time people were fighting to get hold of bottled water - Literally fighting each other!

It doesn't take long before our Primeval instincts kick in; we all have abit of the cave man in us.

The Apocaloptimist in me says "Prepare and we'll be OK" Human survival may rely on community survivor spirit.

Invest in a Changeover Inverter Panel for your Boat, Campervan or Caravan.  Every Bug out vehicle needs to be able to produce power for your survival.... Unless you are prepared to Bug in; which sometimes can be a safer option, depending on the crisis.

Look at the bigger picture as a whole and Invest in a Backup Power System for your Home, Business; or as a group for Schools, Social clubs and Village Halls; places where people are likely to gather in cases of an emergency or a disaster event.  A generator can power heaters and a means to provided hot food and drinks to many.

When a natural disaster strikes, portable generators are one of the first items to sell out in retail stores.  So you actually benefit your family by having a generator installed or sitting in the garage.  Invest in a Generator as they are not used solely to provide you with the power of illumination during a powercut, but for keeping your Freezer working, for Pumps, Room Air Conditioners, Portable Lights the list is endless.  However you must ensure your Generator is serviced regularly - Take care of Genny and Genny will take take of You.

The Apocalypse may never happen, but it wouldn't hurt you to be prepared for whatever disaster Nature has to throw at us or situation either.

The Moto - "BE PREPARED!